This year I set some goals, including returning to some form of creative writing and reading more fiction novels, two activities I used to love. Between the daily, client-centric work that I enjoy so much at FischTank, and the fact that reading non-fiction doesn’t always give me the break from reality that I so desperately need, writing a book review seems like a 2 birds 1 stone kind of deal…so I’m going to give it a shot.

For many years, I devoured fiction novels from the likes of John Grisham, James Patterson, Agatha Christie, Dean Koontz (Shippensburg alumni unite!), Stephen King, Dick Francis, and several other high profile writers, as well as a number of less recognized but equally talented authors. Lee Childs’ series on Jack Reacher possesses my favorite character, and Tourist Season by Carl Hiaasen is probably my all-time favorite fiction piece. Yes, I’m a sucker for the wiry but hardened drifter with a heart of gold and a score to settle.

Where was I going with this? Ah yes. The book I read last week, The Long and Faraway Gone by Lou Berney, has so many character elements that remind me of Tourist Season and some of my other favorites, but is unique in its balance of the present and the past.

Set in two time periods (1986 and 2012) in Oklahoma City, the book has some dark moments with elements of satire throughout, just not as in-your-face as some writers do. Two tragedies in 86’ — the murders of half a dozen theater employees and the disappearance of a troubled teenage girl from a state fair — form the past for the two protagonists, Wyatt and Julianna. Their two unique stories of loss haunt them into continued pursuits of the truth relating to the incidents of 1986, and while their paths only cross twice and without significant consequence in the present, they both experience a wild chase.

Wyatt, a sarcastic private investigator returning to his hometown of OKC for the first time in decades, is hired help a wiry music club owner figure out who got pigeons to shit all over her car, broke into her bar only to turn everything upside down without breaking it, and other strange incidents. When the pranks turn physical and threatening, Wyatt finds himself pushing the lead singer (of a band that on paper reminds me of The Flaming Lips, or anything with dedicated faux hippie following) into a canal, and stabbing a masked dude in the leg with his pen, after said dude beat him with a fence post. While helping his client, Wyatt confronts his demons and the mystery behind the movie theater massacre in 86’, but only once he’s gotten drunk at enough hotels and pressed the right buttons.

Julianna, by contrast, is solely focused on the past and the unsolved disappearance of her older sister, pursuing the truth at all costs. Her tenacity, and the odd respect and strange interactions she develops with the man who is really the only suspect, makes each chapter with her a fast-paced read. Head into a biker bar and buy a pistol off a drunk lady? Sure. Cook the career felon a Thanksgiving dinner in exchange for information on her sister? Why not? Her life savings, job as a nurse, and any sense of safety go out the window and makes the reader genuinely curious as to whether or not she’ll survive until the end of the book.

The Long and Faraway Gone has some dark moments, but there is plenty to laugh about. Wyatt and his observations are funny, with a sort of straight faced authenticity that reminds me of Brian Keyes in Hiaasen’s Tourist Season. Julianna’s game of chicken with the man she believes killed her sister and her obsessive nature make the reader reflect on their own ambitions when everything must be put on the line. The Oklahoma City references are historically accurate (I had to look a few of them up to know that), which was interesting and makes me now want to visit OKC for something other than a Thunder game or a steak. The characters and the city are underdogs, forgotten and sometimes ugly, but definitely still fighting. Once again, this reminds me of some Hiaasen themes and characters.

What was my favorite part of the book? How certain sights, sounds, smells, and sensations for both Wyatt and Julianna brought them back to their past. We’ve all shared this feeling. Sometimes people and places spark memories that are sad, happy, angry, and exhilarating. As the book makes clear about these reflections, is that even when depressing, going back can help you go forward.

A nice thing about author Lou Berney is that he doesn’t have dozens of books out (yet!), so my wallet won’t be that much lighter after I buy his other three books. 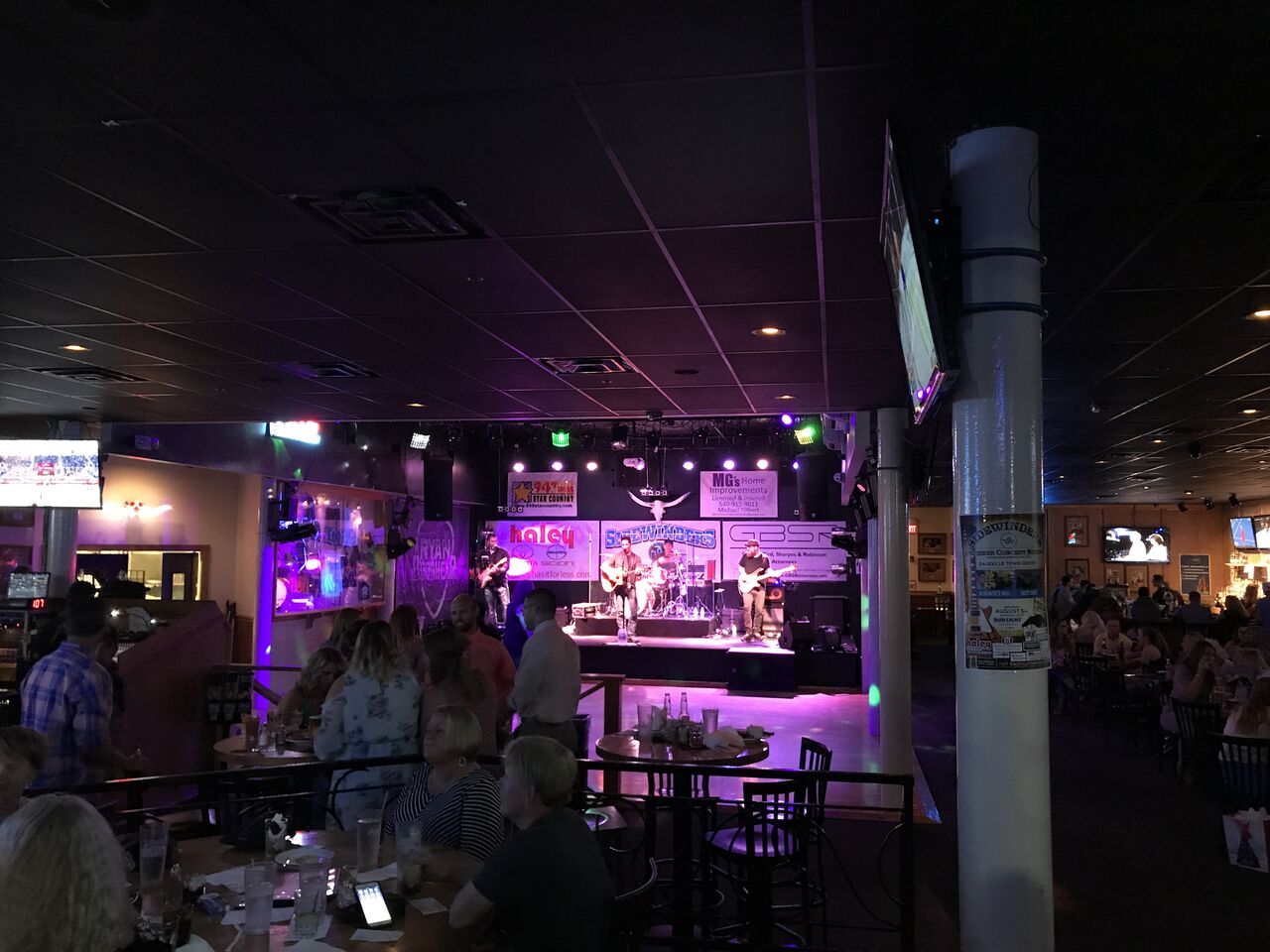 It wasn’t supposed to be this way.

We were supposed to be in Columbus, OH. The largest city in Ohio. The home of the Blue Jackets. Simone Biles is from Columbus. So is Jack Hanna.

As I stared at the map that Memphis morning, wiping BBQ sauce from my eyes, I remarked to the Good Doctor “Hey Amrit, look at this map.”

“We should not go to Columbus,” said Amrit.

“Want to do Virginia, instead? How about Roanoke?” I replied.

“What time is breakfast?” asked Nick.

It was settled. To Roanoke we went. For anyone who hasn’t driven through the middle Virginia, the state is absolutely beautiful. Rolling hills, farms, Blue Ridge Mountains, and green as far as the eye can see.

We listened to some late 90s and early 2000s rap albums while traveling across farm country. I don’t want to argue, but if you think three guys in their early to mid 30s can’t sing along to a D12 song, you’re sorely mistaken. Anyway, mountains turned into farm land, then back into mountains again. It was an exciting time to be alive. Then, we got to our hotel, lavish in design and calming in its comfort.

Wrong photo. At this moment, we were looking for a parking lot off Route 81 where we could let Effie go to the bathroom. This abandoned Budget Inn did the trick.

We rolled on until we got to Roanoke and checked into the real hotel. After checking in and a walk around the block with Effie, it was only 7pm. We were hungry and thirsty. Although the Zaxby’s chicken franchise next to the hotel tickled our fancy, we decided to go into town and meet the real people of this fine city. We were glad we did.

We found a bar and restaurant called Sidewinders Saloon, and it was exactly what we needed. The food was delicious, the band (Ryan Broshear) sounded great, a stranger bought us a round for being out of town, and we did what most call line dancing, but what you may call something else. Convulsions, maybe. And no, there are no photographs (that we are aware of).

It was such a good time that Nick decided to strangle the Doctor and I for a bit, which he does when he’s happy. Sorry for the blurry photo, it was taken by a stranger. A kind stranger!

The ride to Philadelphia the next morning was pleasant. And easy. Pleasant and easy. We had left San Diego at 8:45am on Wednesday, August 2nd. We arrived in Philadelphia at 3:30pm on Sunday, August 6, and successfully driven across the country. I can’t wait to do it again. 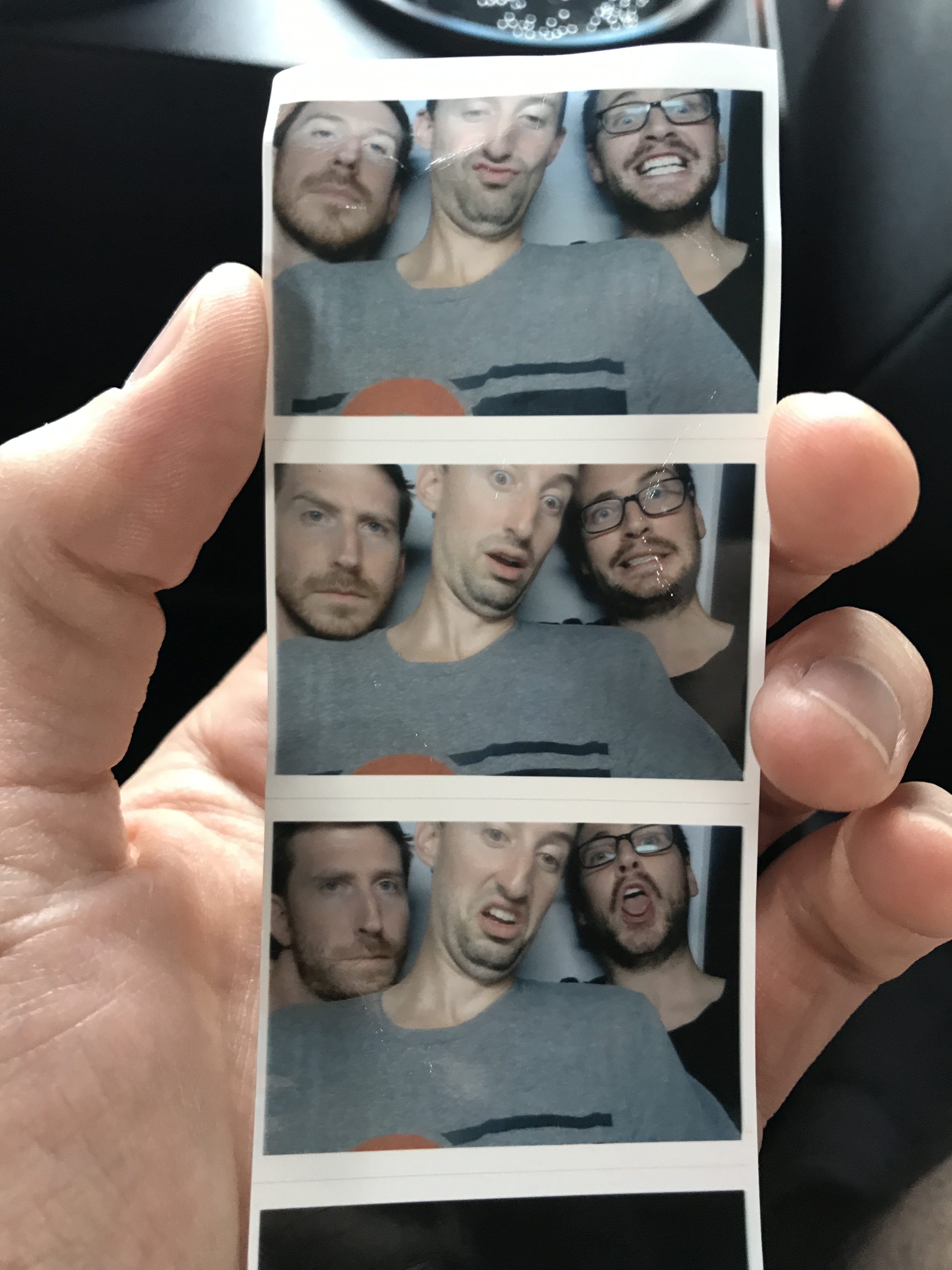 The road from El Paso to Austin is filled with many things such as heat, rocks, prairies, cactuses, more rocks, and rest stops that belong in the first season of True Detective. Any single place where I can purchase fried chicken, guns, lottery cards, and snake jerky is a friend of mine.

I mentioned there were rocks and prairies. At some weird picnic area, we asked a nice man who may have owned only a duffel bag and his cigarettes to take our photos. He displayed real photography skills, and we wish him well.

When we got to Austin and heard the music playing, we were ready to go. First we needed food, and the abundance of food trucks in bars presented quite the options for dinner. We were thoughtful in the decision making process, and when we saw the taco truck in the first bar we went into, we knew we had our man.

After devouring our feast with no regard for the normal humans around us, we moved on to the next bar.

Is it deep quotes displayed in bars, that move you?

We played ping pong on a stone table…

…then allowed for things to get a bit weird.

We packed the car early, chugged down some coffee, cleaned out the rest of the Doctor’s beach bungalow, and were ready to hit the road. Before leaving San Diego, we thought a spiritual dip in the Pacific would be required:

Things were looking good. Nobody drowned, and we were in the car and on the road by 8:30am. With 10.5 hours to go to El Paso, Texas, a stop scheduled to see some friends in Tucson, we needed to hustle. And then it happened:

Amrit forgot the first rule of the road: Respect the road, and don’t speed in front of California Highway Patrol officers.

We soldiered on. Our co-pilot Effie took more control over what was happening up front, and we started to make more progress. Mountains and sky turned into rocks, desert, and cactus. The music was our guide, and the temperature was hot. Maybe things turned into a sing-a-long, and maybe they didn’t.

The Doctor may speed a bit, but he also had some good friends in Tucson that fed us sandwiches and slushies before we hit the road. Want to live in a place where there may be rattlesnakes in your backyard?

Not a bad view from the car, although our photography efforts leave plenty to be desired. With a shorter day’s travel crossing through Texas, we’ll be sure to take more photos than these. Effie always has the last word, better behaved than her car mates, and certainly better smelling.